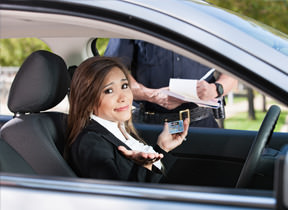 When you get stopped for a traffic violation, you may want to fight the ticket or just pay it off to make it go away, but think twice before you do that. In most situations, if you go to traffic school, you can avoid stiff fines and increased insurance rates, and keep your record clean.

It’s All about the Money — Fines

Fines for traffic violations can run from the mild to the seemingly excessive, depending on your state’s laws and your driving record. Often people just want to make the fine go away, but once you sign the ticket and pay the fee, it goes on your record (for up to 3 years) so you could continue to pay for the infraction for a while

Always check to see whether there is the option to go to traffic school in lieu of, or in conjunction with, paying a fine. Often, a court will at least reduce the fine if you agree to go to traffic school. More importantly, traffic school often means that the violation won’t be reported on your record. Although it may be tempting to do the math and conclude that the time lost in traffic school isn’t “worth your time”, always consider your driving record and the impact that record has on your insurance rates.

It’s Still All about the Money — Insurance Rates

Typically, your license won’t be suspended for one or two traffic violations (unless you’re under the age of 18 or the violation is a DUI), but that doesn’t mean you should take them lightly. Most states have a point system, and each violation that isn’t successfully contested or erased by going to traffic school counts towards your point total. Once you reach a predetermined point total, your license will often be automatically suspended and can even be revoked.

Once your license is suspended or revoked, you will often be entitled to a hearing before a judge or hearing officer. During that hearing, do your best to explain why you didn’t fight those previous violations and what you’ve done to drive more carefully since those incidents. It may also be helpful to explain how you need to retain your license in order to keep your job. Finally, always ask if there is something, such as traffic school, that you can do as an alternative.

Traffic school courses vary, but in general are around six to eight hours long and consistent of a series of lessons about traffic safety. It is an unpleasant experience and is designed to be that way; the state wants to ensure that you don’t violate traffic laws again. If attending traffic school erases the violation from your record, however, it’s worth it. A clean record leaves you room for mistakes, and a clean record entitles you to lower insurance rates. Finally, unlike fighting a ticket, traffic school is a sure thing.

Be aware, though, that there are limits on how often, and whether, traffic school can help you — it’s not a get out of jail free card, after all. Most states limit how often you can use the traffic school option, and limit it to certain offenses (e.g., you cannot do traffic school if you were traveling in excessive of 30 mph over the speed limit).

Finally, be sure to follow up after completing traffic school. Some courts will only dismiss the offense once they’ve received proof that you completed traffic school. Don’t sit in that classroom for 8 hours and then forget to send in the proof to the court!