Getting to Know Us

The Kenny Family, founders of Northwest Institutes, is an established education provider in the Las Vegas Valley owning and operating a group of educational institutions. Unlike larger, more impersonal driving & traffic schools, Northwest Driving & Traffic School is family-owned and operated and committed to excellence. 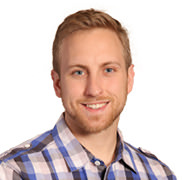 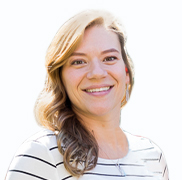 Classes are held on the campus of Northwest Career College. The campus is open seven days a week for your convenience. To enter our doors, please click here and visit the learning environment you will be experiencing while in class.

We are committed to excellence in education and in your safety on the road. We give you our word.

Patrick Kenny grew up in Las Vegas and played football, baseball and wrestled for the Meadows School in Summerlin. He began working at Northwest at the age of 13 doing everything from cleaning to copying. After graduating high school, Patrick headed to the University of San Diego to study psychology and philosophy.

In 2011, while still in college, Patrick and his father opened Northwest Traffic School. Operating NWTS from college, Patrick planned on how best to grow the traffic school into something special in the industry. In 2014, Patrick purchased Northwest Driving School and added it to his family’s group of Northwest Educational Institutions.

Upon graduation from USD in May of 2013, Patrick assumed the position as the COO of Northwest Career College where he works side by side with his family every day.

Thea Kenny is the general manager and co-owner of Northwest Driving School. Thea is a graduate of Northwest Career College and is also a licensed Massage Therapist. As a therapist, Thea specialized in advanced spa therapies and deep tissue while working at the Palms Hotel. Several years later, Thea joined the staff at the JW in the position of Lead Therapist and began to teach for Northwest Career College as a massage instructor. Thea's ability to connect with people in a kind and gentle manner make her an excellent instructor. When not behind the wheel, she is answering your calls, working with students and vendors. She is dedicated to making sure that every aspect of NWDS reflects its commitment to teaching new drivers to be safe and sane while behind the wheel. As a mother of four, she knows the importance of making our roads safe for everyone!